Warwick is a village in Orange County, New York, United States, in the southeast part of the town of Warwick. The village’s population was 6,731 at the time of the 2010 census. It is part of the New York–Newark–Bridgeport, NY-NJ–CT–PA Combined Statistical Area.

The village was incorporated in 1867. It was originally a major passenger railroad stop, but in the latter half of the 20th century, all passenger traffic has been discontinued and has been replaced entirely by freight. Many of the large colonial houses which were built when the village began have now been converted to bed and breakfasts, with one being turned into a bank and another turned into an antique museum.

During the American War for Independence British General Burgoyne and his army camped on the outskirts of the village after their defeat at the Battle of Saratoga. Also during the American Revolution, Martha Washington stayed at Baird’s Tavern, now located on Main Street in the Village at what was a crossroads of the King’s Highway and a common route to Newburgh, NY.

One hundred and thirty acres (42 ha) along Routes 94 and 17A in the center of the village are listed on the National Register of Historic Places as the Warwick Village Historic District. Buildings there range from the oldest in the village, the 1764 Shingle House, preserved and maintained by the Historical Society of the Town of Warwick, also known as the Warwick Historical Society, to large early 20th-century cottages built by weekend vacationers from New York City. 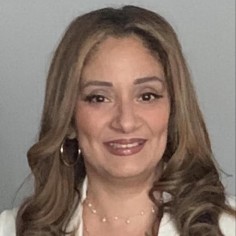